The Rochester Presbyterian Home is delighted to present, “Moving the Needle” a celebration of women in music, on Thursday, October 6th! 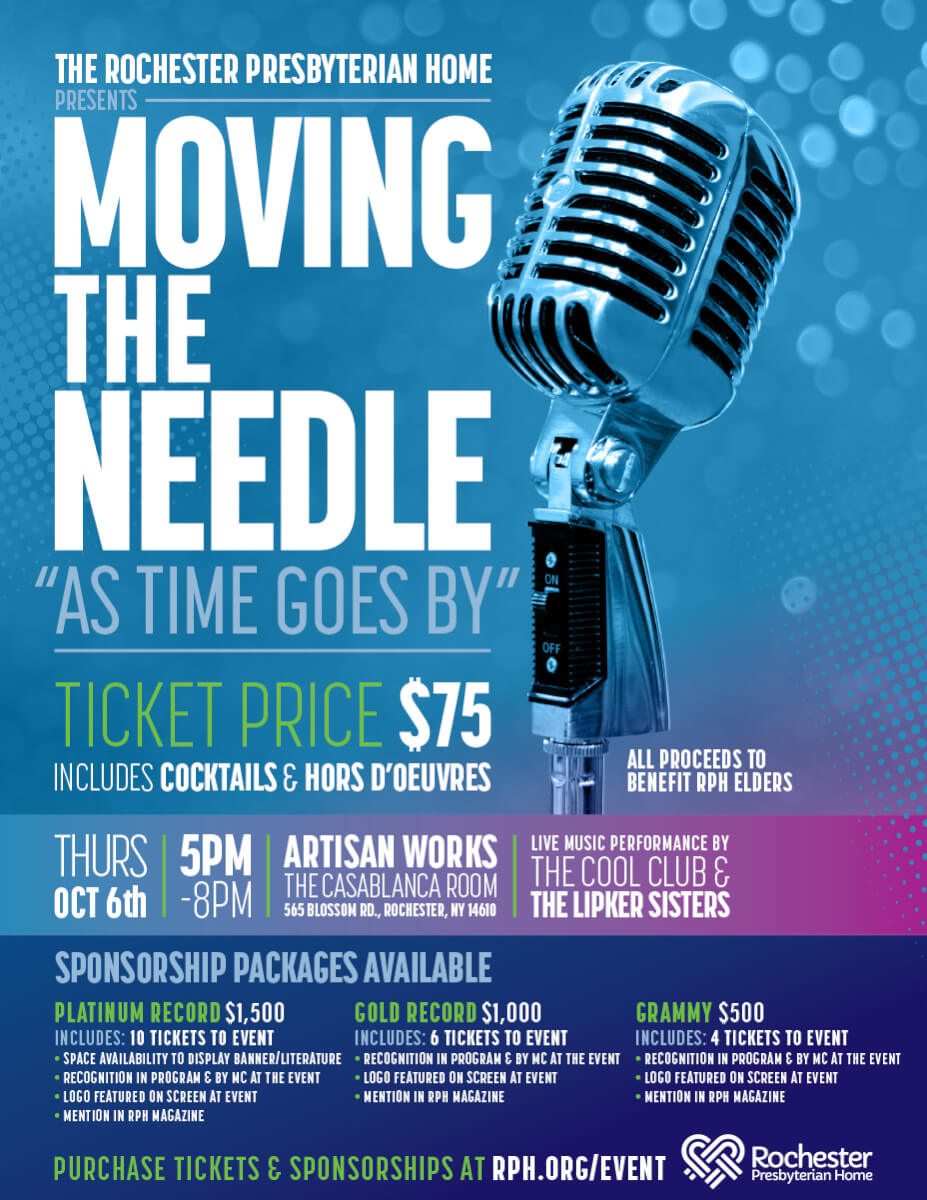 Live music by “The Cool Club & The Lipker Sisters”

Ethel was America’s first major record label music producer and recording company executive enjoying a 40-year career at RCA Records. During her career in music, she produced over five thousand records, 2,500 albums including 15 RIAA Certified Gold Records and major hits by Elvis Presley, Perry Como, Al Hirt, Henry Mancini, and Frank Sinatra to name a few. She was the winner of a Grammy Award in 1982 and produced six Grammy award-winning albums.

In 1997, she was honored by Women in Music at their Touchstone Awards in New York City. She received the award for being the first female A&R Producer in the music business and for making extraordinary contributions to the music industry.

In 2014, she was named to the Rochester Music Hall of Fame. She passed away at the magnificent age of 99 in March of 2021. Ethel’s story is being captured in a documentary film about her life and career, called LIVING SOUND. Production on the film started in 2019.

Today, her nephew Ed Mauro serves on the Board of Trustees and her niece, Nancy Mauro is President of the Service Board.